This patient complained of large labia and bulging prepuce. Her labia minora’s were hanging below her labia majora, and she was very uncomfortable with that. The edge persevering procedure was done, in which I took the upper edges of her lower labia minora, removed the tissue below that and used them to become her entire labia minora. Also, we  gave her a ‘bridge of the nose’ appearance to the prepuce over the clitoral body, and kept her new labia below the level of her labia majora all with hidden suture lines. This patient was extremely happy and confident in her results. 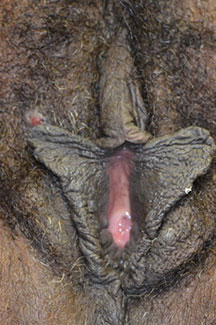 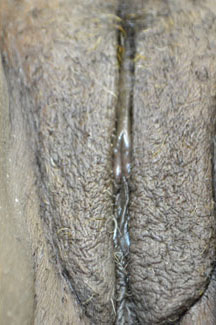