This patient came in saying she was unhappy with the size of her labia. She felt as though there was a lot of excess skin, that the entry to her vagina was opened – was not narrow. That she had excess skin over her clitoral glans, which limited its exposure. With the procedure that we did, we removed the excess tissue, we removed the excess prepuce – which is the upper pair of labia, and we trimmed them down to make them nice and smooth. I also did a hoodoplasty, so that you can just see the clitoral glands peeking out from underneath. And we did a special kind of labiaplasty in which we preserve the upper edge, and use that upper edge to become the entire labia so that it became an entire petite looking labia. You cannot even tell that she had surgery, the suture lines are hidden and it looks perfectly natural. I also repaired the perineum so that the gaping of the vaginal entrance was repaired. And so we would call this a labial edge preserving labiaplasty. 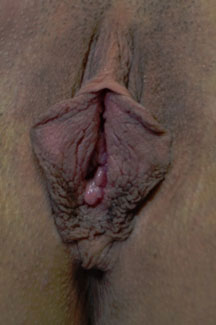 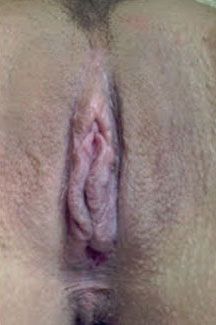